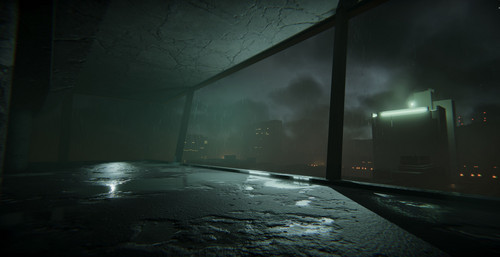 In honor of Paradox Interactive's new program World Of Darkness Unbound, I managed to get some time to do a little work for an update!

This is a fairly small update, but I wanted to show that I want to improve the game!

This WOD Unbound means that creators can now make games in the World Of Darkness IP and even make money from it!

What that means for The Autumn People:

First of all, it means I can work on it more! New features, reworks, additions, you name it, I've got a production plan ready and everything...

It also means that this version will always be free. When I am able to rework and add a substantial amount of content, I will release that version and that will be the version that charges a small fee.

But for now, think of this as the demo, with lots more to come. I'll put out some blog posts as I work further on this, there are some MAJOR things coming in the future for Florence... stay tuned, and enjoy this small patch!

Upgraded to a newer version of Unity, fixing the renderer failing bug that needed a restart, it shouldn't ever happen again!

Finally fixed the pickup interaction icon on weapons! Should now show up through bodies. Weapons still need some kind of outline shader however.

Added a sweet chandelier placeholder in the lobby.

The Lobby now has tiles that look like the real life location, based on a blurry photo from a bad angle... another pass will be incoming!

Fixed some texture issues with Florence's face and fingernails.

Fixed a bug where clicking continue would not unlock the player's controls again.

Some other little material changes and texture tweaks and small only noticeable by me things...

Sometimes, for no reason at all, when clicking in and out of ADS while moving, Florence will lower her weapon, the only way to fix this is to force a holster and re unholster using the H key.

This may actually be a bug with Unity itself so I've posted to the Unity forums!

No glass on the stairwell doors. It's weird. I know.

AI is still ABSOLUTELY ROUGH. They are much better than version 1.0 but they still need a LOT of work, expect more news on that soon!

Shadows still flicker, this is on Unity's end, one of the previous patches has caused this issue, when they fix it, I'll update the Unity version again.

I really love The Autumn People, I would love to help with this: if you would have me.

My first impressions are: the mood and overall feel of the game is fantastic and the rain that you've updated it with really adds to it. I get a really heavy F.E.A.R. vibe from how everything is set up. Keep it up! :D

Hey, voidespy! Thanks so much for your kind words! I was having fun making the rain and atmosphere, also F.E.A.R. vibes is a huge compliment, thank you!

As it stands, I'm starting to do some production planning around what to improve vs, what to rebuild etc. and I'm guessing I'll probably stick to just solo dev on this since I'm also balancing it with my actual dev job, and wouldn't have the bandwidth to do all the collab and communication with others (free time being virtually non existent right now)!

I really appreciate the interest and offer though, hopefully I can keep making updates that make you keep enjoying the game even more!